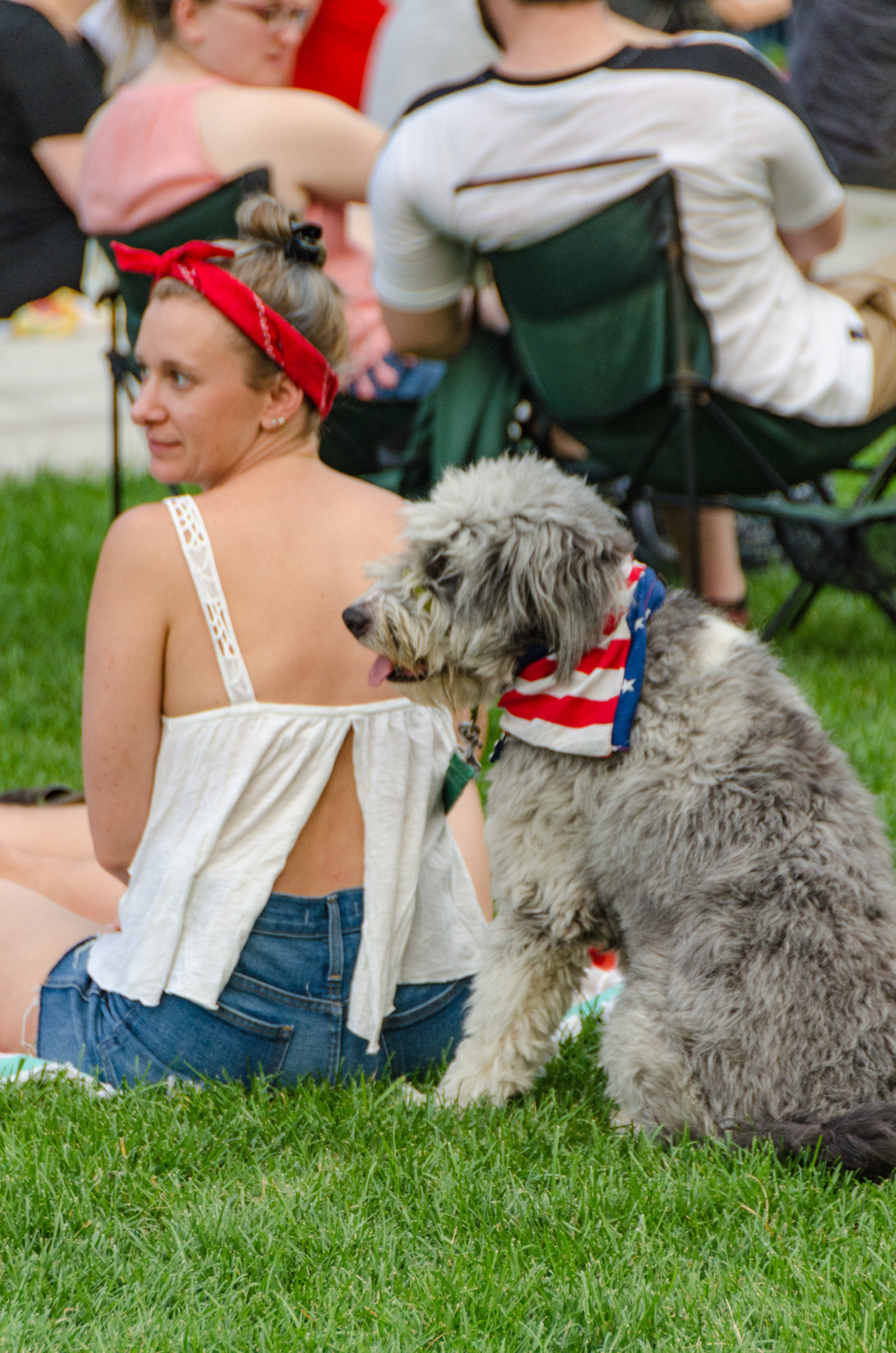 Our involvement with Welcome America goes back several years. Initially Clear Sound was brought in by the event planner to act as labor broker. The job requires many people coming and going in a secure location. That means each person is individually scanned and cleared like at the airport. Once on site they’re given credentials and any time they leave the site, they must be scanned back in before returning.

Some elements of our involvement have been the same over the years. The stage is a set size and a great many people in our organization have been involved with the event for many years. There are several crew members that have worked on this year after year.

We have some hands there to help build the massive stage. Some are dedicated to building the audio system and some work primarily on lights. We have people who just work on stage during the show moving props and helping the flow. There are spot light operators and audio technicians.

Clear Sound’s involvement grew to include the audio equipment, so we also sent a pair of technicians to assist the Pops’ sound crew. We got it all loaded in and tested and then handed the reins over to their crew.

In 2019 we were asked to provide the full audio system. This encompasses the audio engineers, cable management and wireless coordination. It also included rehearsals, stage plots and more planning along with all of the labor coordination. The audio towers next to the stage are huge and out in the audience there are more towers to help with the people farthest away from the stage. Clear Sound continued to act as the labor broker and site coordinator for all those moving parts.

As we began pre-production for 2020 (way back in the summer of 2019) we got more involved in the design. It turns out a great many things were done just because “that’s how it was always done” and not necessarily because it was the best way. The stage location was moved across the street to the public grassy area. This was going to reduce the amount of time it took to get equipment loaded in and out but meant other concessions for us. We had literally just begun discussions to get the last phase in motion when the virus struck and we had to hold progress. It wasn’t until around June that we officially got word it had been cancelled.