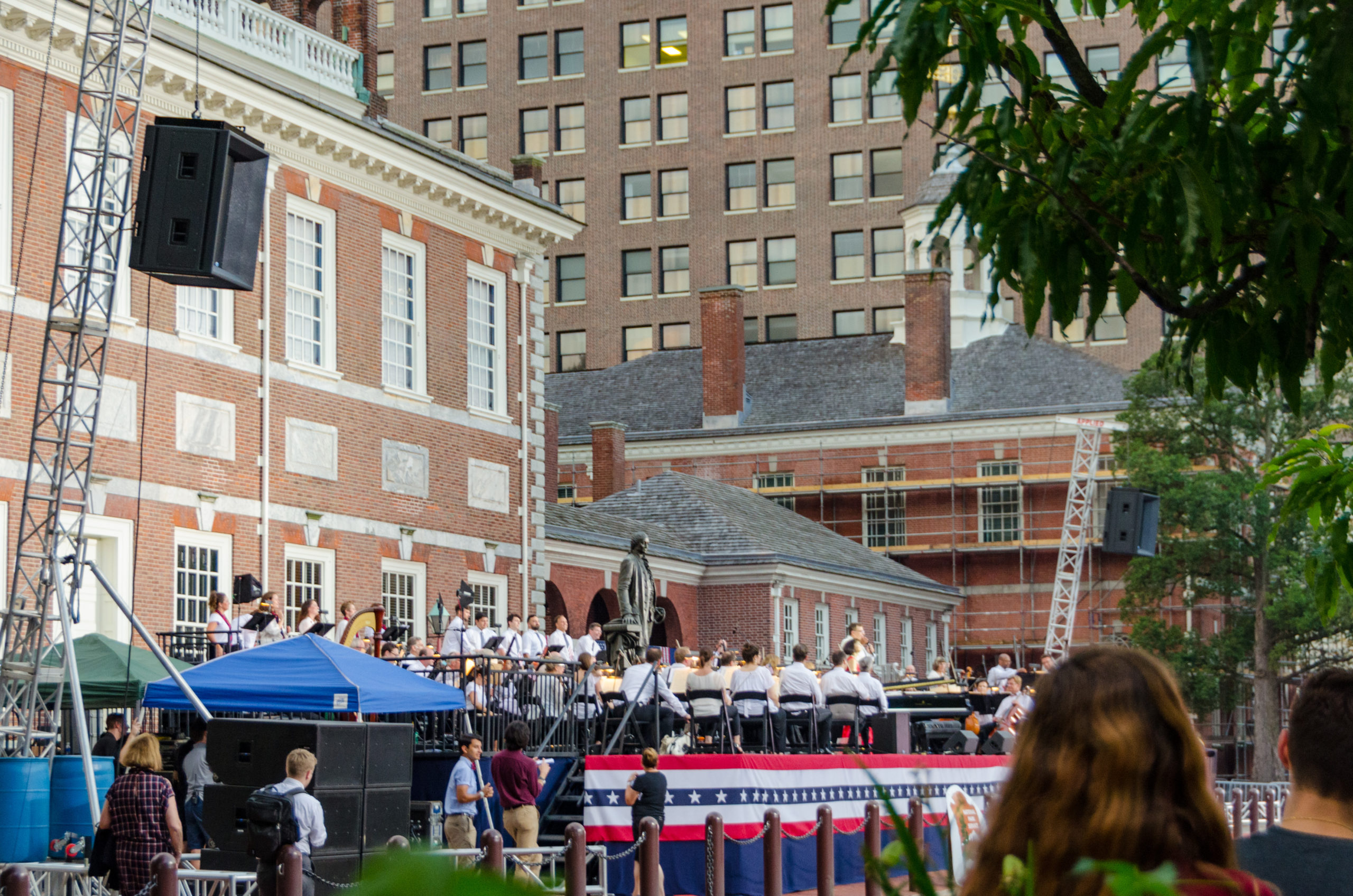 Planning an event on this scale takes months. We start with discussions about dates and times. When is the main event (Hint, it’s always July 3 and 4) and what does that mean? Is it on a weekend? That affects traffic blockages and necessitates special attention paid to labor billing, both ours and the site staff. The federal agents who scan our equipment are not typically around on the weekend. Are there any peripheral events we need to consider? For a couple of years we also provided audio support to some satellite stages as well as a completely unrelated event in the neighboring park. All things to be considered.

Next, we consider the scope of the event, or what is happening. The main event is an evening performance by the Philly Pops on July 3rd, complete with multiple networks and media on site. On the morning of July 4 there is a ceremony and some music capped off by the parade going by. So we have to account for a full orchestra as well as a big-band style performance along with several dedicated microphones for presenters. There’s also a gospel show to kick things off every year. Each of these performers require specific equipment to help make their show the best it can be. Some of it is crucial and picking the best options is where we shine. We need to pick up the sound of each of the individuals in each group and make sure they’re heard by everyone in the audience. We also have to make sure everyone on stage can hear each other for cues, timing and pitch.

When can we load in? We can schedule trucks and not create confusion at the site by having too much gear arrive at once. Then we determine how many people we need and where they need to be. We stagger their arrival times so that security can clear groups of stagehands to help us avoid a backup. We need forklifts to be delivered and operated to get the gear off the trucks. Those trucks have to arrive in a specific order so that staging can be unloaded before the items that go ON that stage arrive. Power cables need to be run and water needs to be sourced to fill the gigantic ballasts we use for the towers. We set up a small mobile office with laptops and a printer and carefully monitor the work being done all day for almost a week.

Then crew gets separated into groups. Believe it or not you CAN have too many people doing a big job. However, we have this build down to a science and we know it takes a little over a dozen people almost 10 hours to build the stage. So we take the remainder of the crew and unload the audio and lighting trucks. We push gear to the parts of the site that need them. We separate out cables from speakers and microphones from stands. At one point we have to fill a bunch of huge barrels with water to act as ballast for the big audio towers. Generally, on the second day we begin hanging and testing the speakers after the stage is completed and secured. By the end of the second day we’re ready to test all the parts together. We usually keep a small crew a little later that night so the lights can be focused on the stage after it gets dark.